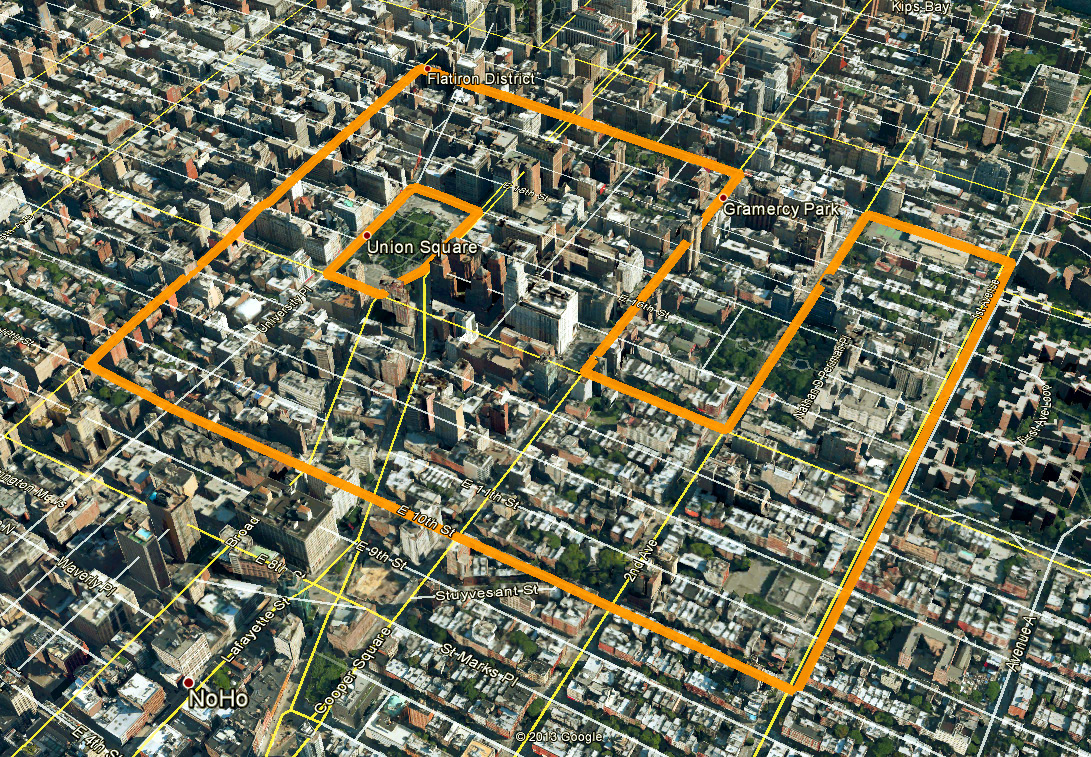 Plans are taking shape for the first version of the "e" tag with bikes in connection to Earth Day New York 2014. The previous 3 years, the tag has been done with Electric Cars but this time around it is time for a new TAG and another vehicle. It should also be said that the artist behind CO2 Green Drive (Jacob Fuglsang Mikkelsen) have done the "E" tag on a bike twice in the past. 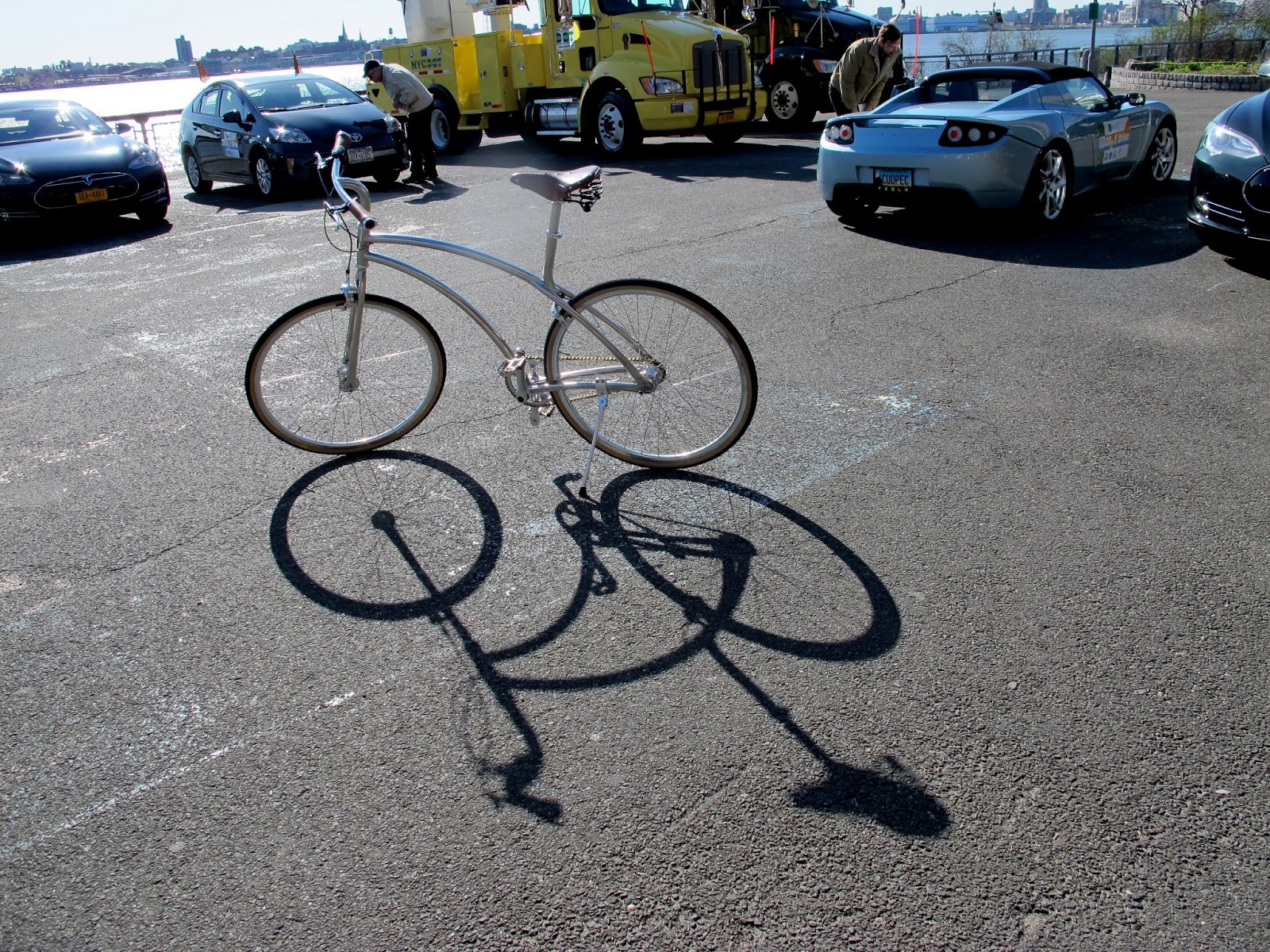 In 2013, it was done on the above handmade stainless steel Bike from AOI Bicycles. 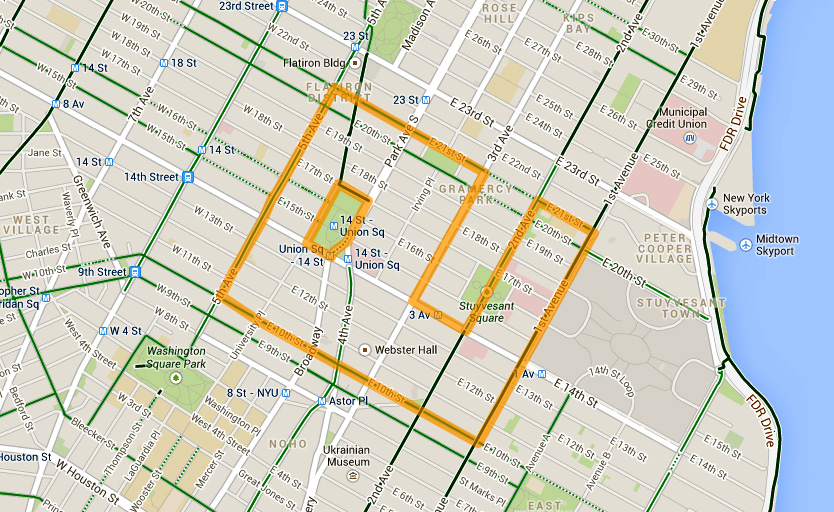 The 2014 "e" Tag will be done on the bike lanes (AKA Copenhagen Lanes)  around Union Square. 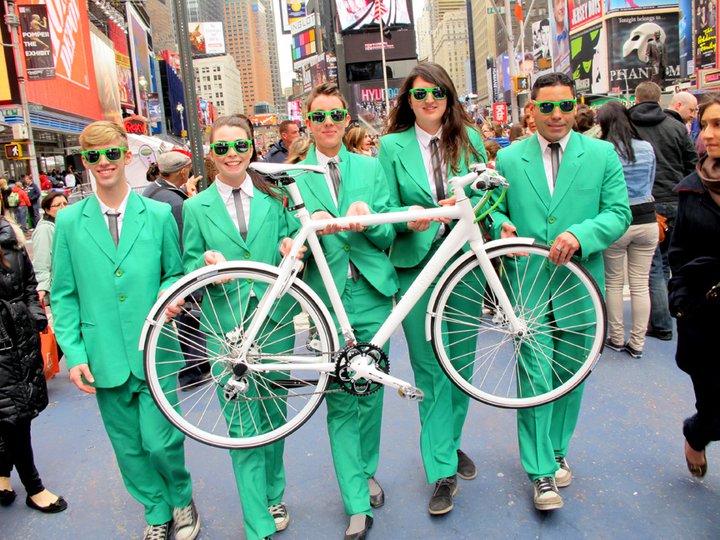 The Mr Green Crew will as always be involved, both for the bike activities and as part of the "Green Car Catwalk Performance" on Union Square. In above image from Times Square in 2011, they are holding the Danish "eco2bike" that on Earth Day New York 2015 will particpate with a large scale installation of bikes. 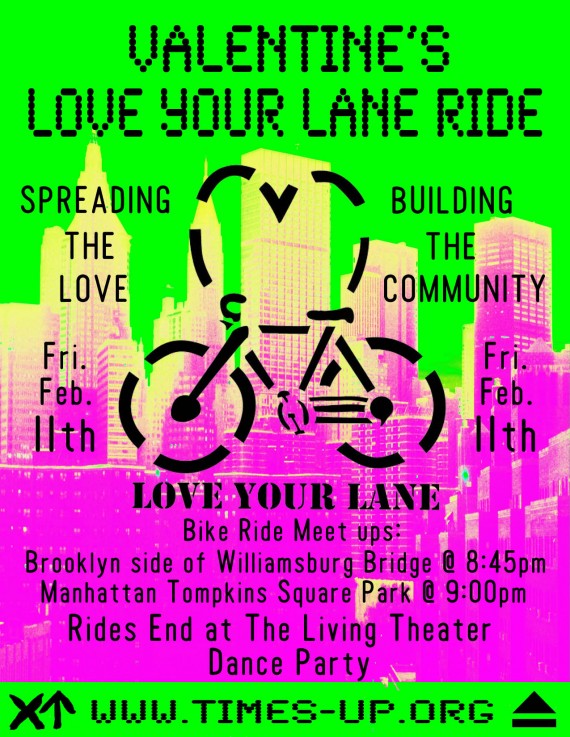 Plans are also taking shape to collaborate with New York's Bike Activist Group TIME'S UP.
The above flyer is from one of their "Love Your Lane" Valentins events.

They were also part of the Occupy Wall Street activities where they installed Bikes that could charge electronics for the people in Zuccotti Park. More about it HERE 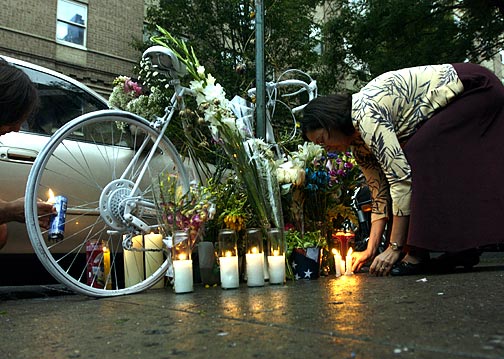 Time's Up & Visual Resistance have been installing "Ghost Bikes" around the New York area for many years. They are bicycles painted white with plaques placed above them to recognize deceased cyclists.

The NYC Street Memorial Project installs ghost bikes in NYC and maintains the website
www.ghostbikes.org. which includes ghost bike projects throughout the world.  The memorials are intended to honor cyclists killed on New York's streets and to remind drivers to use caution and be aware of bicycles.

More about Time's Up HERE