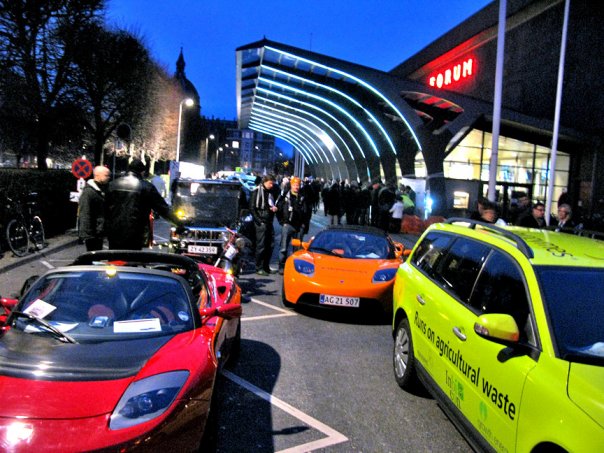 Two Tesla's, a Mini Hummer and a Biofuel run Novozymes Volvo lining up in front of Forum before the start of the CO2 Painting Performance. Each electric car was handed a TracTrac GPS modul on a silver platter by Mr Green, to use as paint when driving the CO2 route. 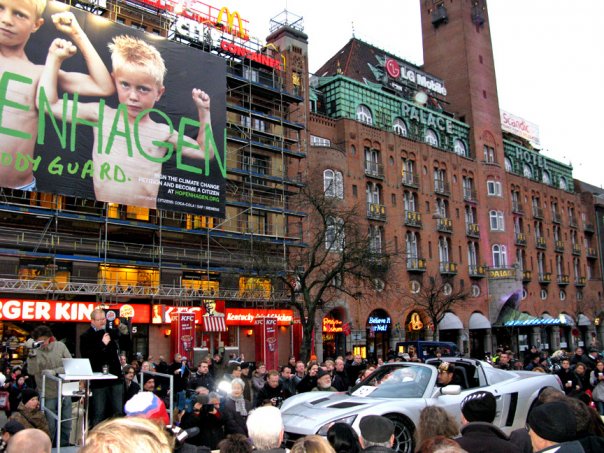 The Lynx on the Catwalk on Copenhagen's main Square Rådhuspladsen 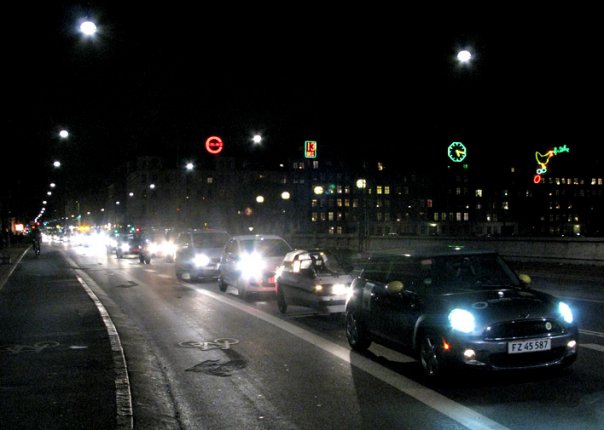 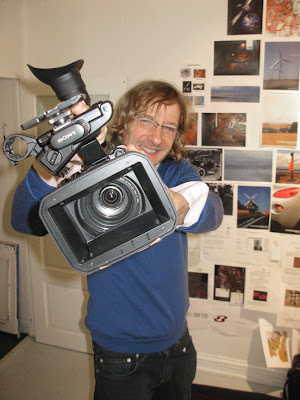 Chris Paine, the Director of the Documentary Film "Who Killed The Electric Car", documenting the project for his next film "The Revenge of the Electric Car" 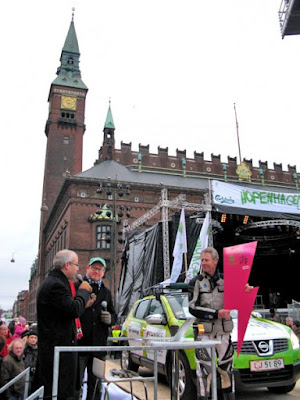 Danish Man of Adventure, Hjalte Tin talks about his CO2 friendly vehicle that he will drive around the world in. 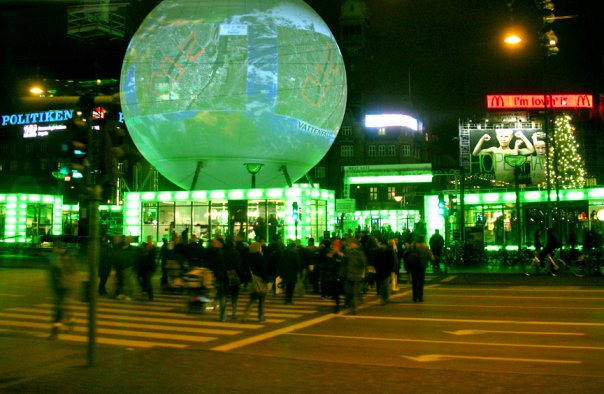 The Hopenhagen Globe with the CO2 Tag being drawn on by the almost 100 CO2 friendly cars and their GPS, projected by five projectors. The GPS moduls from TracTrac sent live information to the projector that screened the actual cars realtime as they moved through the streets in one long parade. 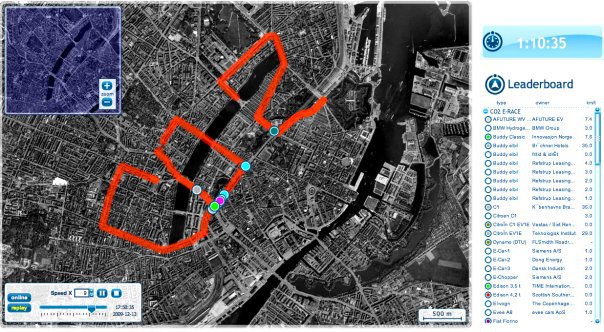 Above the CO2 tag on COWI's photo over Copenhagen and Tratrac's webinterface, showing each car on the right side, each with a different color dot and virtually painting one layer each og the final line. 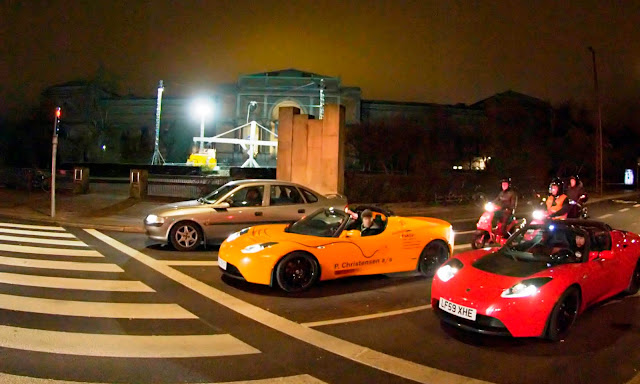 Two Tesla's in fron t of The Danish National Art Gallery, shot by John Krøll as part of his 360 PAN-X documentation of the project. 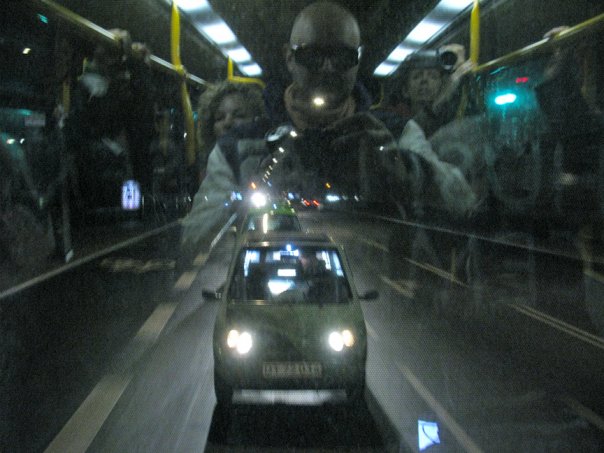 Image shot out of the back window of the Electric Arriva Bus that the CO2 E - Race Crew, The Mr. Green Crew and the General Secretary of the Danish Cultural Institute Finn Andersen was all inside of during the performance.
Posted by Jacob Fuglsang Mikkelsen at Tuesday, March 02, 2010